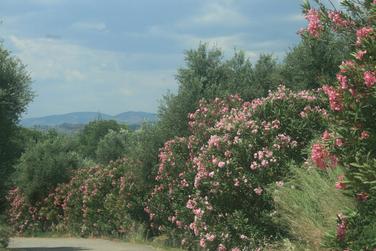 The Spartan Secret to Happiness

Sparta’s enemies allegedly joked that it was no wonder the Spartans were willing to die in battle -- because no one would have liked to live the way they did. Aside from the fact that these commentators probably knew very little about the way Spartans actually lived, the assumption is that lack of luxury and the pervasive deprivation to which Spartans were condemned by their laws made them unhappy men.

Yet Xenophon, a noted Laconophile who lived and campaigned with Spartans for decades, argued the other way around: that precisely because the Spartans learned to get along with very little, they were actually happier. Certainly modern efforts to measure happiness have produced various indexes which prove that there is no direct correlation between wealth and happiness. Unscientifically, I would add that in my personal experience the Nigerians, surrounded by corruption, pollution and collapsing infrastructures, are much happier and have a greater joie de vivre than do the Norwegians, who have one of the highest standards of living and enjoy one of the most equitable and developed societies on earth.

Without getting too deeply into the philosophical topic of what constitutes happiness, I would like to suggest that happiness has less to do with objective circumstances and more to do with a state of mind. We all know that whether a glass is described as half empty or half full depends on whether the observer is a pessimist or an optimist. However, as my father pointed out: the optimist and the pessimist are both wrong – but the optimist is happier.

When outsiders looked at Spartiate society and (based on what they knew) decided such a life wasn’t worth living, they may indeed have accurately described how they would have felt if forced to live the way the Spartans did. However, they tell us nothing about the way the Spartans themselves felt. They are describing Spartan society as “half empty” – but that is not necessarily the way the Spartans saw it. The historian has to look beyond the opinion of outsiders and search for hints about Spartans attitudes toward their society.

Returning to the opening comment, I would argue that, in fact, men are very rarely willing to die for something they don’t think work preserving. Troops notoriously break, run and surrender when they have lost faith in what they are fighting for. If Spartan rankers thought that their way of life wasn’t worth living, then they would have welcomed defeat as a way of introducing revolution and constitutional reform. Indeed, if young Spartans thought the Spartan way of life was so abdominal that it was better to die than live as they were supposed to live, then idealistic young Spartans would have deserted to the Athenians in droves, helped defeat the oppressive regime they hated, and introduced Athenian-style democracy. In short, witty as the Athenian joke is – and it made me laugh out loud – it does not describe the Spartan frame of mind.

So how do we come closer to the Spartan attitude toward life? What made Spartans willing to die for Sparta? Was it really just a mindless fear of showing fear? A fanatical devotion to a code of honor? Or was Xenophon on the right track when he suggested that the Spartans learned to enjoy life – and love it better – by learning self-control and restraint?

As evidence of a certain, if not joie de vivre, at least contentment, I would like to first draw attention to those pieces of Spartan art that we have to date uncovered. Unlike the art of some warlike cultures (notably the Aztecs), Spartan art depicts many peaceful scenes: farm animals, lions and mythical beasts, bulls and horses (lots of horses!), riders with and without hunting dogs, chariots with horses and charioteers, girls running, married couples side-by-side, a king watching the correct weighing of goods for export, youths and maidens and hoplites, lots of hoplites. It is notable that the facial expressions on the human figures are uniformly benign. A convention certainly, but I would argue that a society that rarely smiled would not have conventionalized the smile as the expression in its art.

As witness to Sparta’s love of life I would also like to call Sparta’s most famous philosopher, Chilon. According to a variety of ancient sources, Chilon was the origin of the quintessential laconic advice “Know Thyself” – inscribed in the forecourt to the Temple of Apollo at Delphi. Maria Papadopoulos points out in her contribution to “Sparta: A city-state of Philosophers: Lycurgus in Montaigne’s essais” (Sparta: Journal of Ancient Spartan and Greek History, Vol. 7, No. 1, July 2011), however, that this expression is a condensation of the longer command from Apollo to “know that you are not a God, know that you are mortal, know that the finitude called death is an irreducible component of life. Live accordingly.”

If Papadopoulos is correct, then Chilon’s admonishment to “know thyself” was not so much advice to know one’s own abilities and limitations, but advice to live each day in anticipation of death.  In short, it meant much the same thing as “Carpe Diem,” a phrase usually translated as “use each day.” Arguably “using” each day is not the same as enjoying each day, and yet as Papadopoulos goes on to note: “The ancient Spartans trained hard but they enjoyed themselves [too]: feasts, dancing and singing, creative imagination and satirical banter and a temple dedicated to the God of Laughter….”

Combined, these fragments of evidence suggest that the Spartans themselves did not find their lifestyle so burdensome and certainly not intolerable. The “deprivations” and hard work that strangers found so depressing were in contrast of little importance in a society that learned to love life itself in full consciousness of its transience. A man who keeps in mind the alternative (death) loves even the simplest things in life. This, I postulate, was the secret of Spartan attitudes that can be interpreted as a very deep-seated love of life.