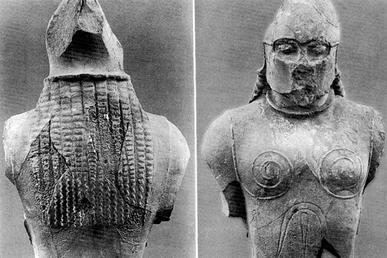 In terms of physical build, I have not heard of any archeological evidence based on skeletons, but would welcome any information you may have heard or read about. In the absence of such forensic evidence, I remain dependent on mixing ancient sources with modern experience and common sense.

Both Plutarch and – more importantly Xenophon – stress that Spartan youth (i.e. during the critical years of physical development and growth) were not allowed to eat “too much.” Xenophon speaks of “just the right amount for them never to become sluggish through being too full, while also giving them a taste of what it is not to have enough. [Lycurgus'] view was that boys under this kind of regime would be better able, when required, to work hard without eating, as well as to make the same rations last longer, when so ordered; they would be satisfied with a plain diet, would adapt better to accepting any type of food, and would be in a healthier condition. [Lycurgus] also considered that a diet which produced slim bodies did more to make them grow tall than one in which the food filled them out.” (Spartan Society:2)

Plutarch, the less reliable source, writes: “The aim of providing [Spartan boys in the agoge] with only sparse fare is that they should be driven to make up its deficiencies by resort to daring and villainy. While this is the main purpose of their scanty diet, a subsidiary one is claimed to be the development of their physique, helping them in particular to grow tall. When people over-eat, their breathing is labored, thus producing a broad, squat frame. In contrast, if breath suffers from only slight delay and difficulty and has an easy ascent, the body is enabled to develop freely and comfortably. Good looks are produced in the same way. For where lean, spare features respond to articulation, the sheer weight of obese, over-fed ones make them resist it.” (Lycurgus:17).

It is startling the way Xenophon’s explanation of why the Spartans restricted the diet of youth to the necessary is focused on virtues very useful to an effective army in the field, while Plutarch’s speculation is more about cheating and “villainy.” Indeed, if one follows Plutarch’s reasoning, Spartan youth didn’t suffer any deprivation at all because they simply stole what they didn’t get in their official rations and the clever and better they were at theft, the fatter they would have become, defeating any “secondary” aim of improving the physique.

Notable, however, is despite the different explanations of why the Spartans instituted a regime of sparse rations for youth, both authors suggest that it produced “tall” and (in Plutarch’s case) handsome men. Modern science, however, proves that too little food in fact stunts growth, not the reverse. Clearly the ancient commentators postulated a causal effect where there was none, but such a thesis would presumably have been based on two known facts: that Spartan youth ate less than their Athenian etc. equivalents and Spartans were, on average, taller than their enemies.

(The modern observer should take careful note of the fact that if Spartans were apparently on average taller than other Greeks, they probably did not suffer any real deprivation as children. Whatever “short” rations were common in the agoge, they were not so short that growth was in any way impeded since even if some youth may have been adept at theft, most would not have been.)

Returning to the theme of physical appearance, however, we clearly have a reasonable indication that Spartans were on average notably taller than most of their contemporaries. Since the ancient explanation (they received too little to eat as children) is implausible, we need to look for other possible explanations that would make the thesis (Spartans were generally taller) credible.

Here the experience of modern Japan might be a useful corollary. As long as the Japanese diet was dependent almost exclusively on fish for protein, the Japanese were notoriously short; the introduction of meat led to the average height in Japan skyrocketing by roughly a foot in just two generations. If we remember that fish was the preferred food in Athens and the most readily available protein for all the island Greeks, while Spartans were envied for their rich pastures and game-filled forests, I think it is fair to postulate that the Spartan diet was more meat heavy than that of their major rivals. It is reasonable, therefore, to picture Spartans as unusually tall by contemporary standards.

It would be wrong to conclude, however, that they were broader as well as taller than their contemporaries. On the contrary, the ancient commentators stress that Spartans were slim, something they attributed to the fixed rations at the syssitia. Yet men who are too tall and too thin would have been incapable of marching long distances or fighting exceptionally well in a phalanx. So we are talking about lean, not skinny, men.

While it might be tempting to picture a Spartan in his prime looking something like a linebacker, I would caution that Sparta’s military successes were not solely a function of Spartan troops being able to push harder, but also march more rapidly (and move at night) and to cover difficult terrain. Likewise the emphasis on hunting, particularly for men in the reserves, suggests to me that Spartans were not excessively “top heavy,” but rather lithe and fleet of foot as well as broad shouldered and strong-armed. In conclusion, I postulate that Spartans had an all-round athletic build developed over decades of physical activity from sports and hunting to military drill and combined with a healthy, but protien-heavy diet that made them tough and lean but not stocky.

Turning to grooming, let me start by dismissing modern artistic depictions of Spartans that show them as shaggy, unkempt men with scrawny, chest-long beards and wild, tangled hair hanging to their shoulders alà Richard Hook’s illustrations in Osprey’s The Spartan Army. Likewise, I reject descriptions such as those of Otto Lendle, who describes Spartans as stinking, filthy and slovenly. These images contradict the historical record and existing archeological evidence.

Herodotus, for example, makes a great point of how the Spartans groomed themselves before Thermopylae, and no one would be tempted to stress the beauty of Spartans as Plutarch does if they had been repugnant for their lack of grooming and hygene. More important, a statue fragment found in the heart of Sparta and dating from the early fifth century (commonly – or affectionately – referred to as Leonidas) shows a man with a clipped beard and neat hair. Earlier archaic artwork unanimously shows men with short beards and long, but very neat, “locks” of hair. (Note, for example the hoplites on the magnificent frieze of the Siphnian Treasure at Delphi dating from Leonidas’ lifetime, the Krater of Vix also from this period, and the figurines of known Laconian origin now displayed in the Museum of Ancient History in Berlin or pictured in Conrad Stibbe’s Das Andere Sparta.)

In addition to these sources, the admittedly dubious Plutarch claims Spartan men took particular care of their hair especially in the face of danger, and refers to an alleged quote from Lycurgus that long hair was preferred because it rendered a handsome man better looking, and an ugly one more frightening.

Whether the locks depicted in ancient sculpture were in fact braided or plaited is not possible to tell from the stylized nature of the evidence. However, it is physically impossible to keep long hair in neat, orderly strands when engaged in sports and other strenuous activities unless it is carefully confined in some way. Thus, practical modern experience suggests that Spartan men did braid their hair, something that is consistent with – though not definitely proved -- by the archeological evidence.

Braiding has the added advantage of being something that can be done quickly and alone if necessary, or done elaborately with help. Thus it could have been a means for men to express individual taste and personality within the rigid limits of the Spartan prohibitions against displaying wealth in dress or personal ornament. I personally like to think of conservative, “old-fashioned” men just braiding their hair to keep it out of their faces, while the “dandies” of Spartan society creatively braided their hair at diagonals or in crossing patterns etc. – as in Africa today. This gave a man a great deal of freedom for individual expression – all without breaking any taboos about the use of jewelry or other ornaments.

THe Physical Appearance of Spartan Men

As a novelist, I have given considerable thought to what the Spartans in the Age of Leonidas might have looked like, as well as how they would have groomed themselves and dressed. From comments and correspondence, I gather that this is a topic of interest to many of my readers as well, so I thought it might be worth some joint speculation.