A Nation of Thieves? Debunking the Myth 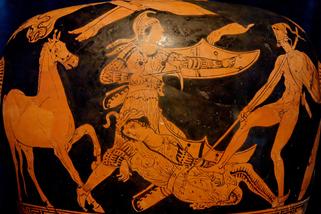 Every scholar of Sparta knows Xenophon’s descriptions of how Spartan youths and boys were kept hungry so they would learn how to steal, and were punished only for being caught, rather than for theft itself. Credible as Xenophon generally is, his commentary on this aspect of Spartan society is very questionable. Aside from the fact that thieves in any society can only be punished when caught, and many robbers undoubtedly view punishment as the price of poor performance rather than theft itself, the greater problem with this common depiction of Sparta is the notion that Sparta’s youth were continually stealing just to keep alive.

Admittedly, a nation of thieves may well fit Athenian views about their enemy. The French referred to the English as “perfidious.” Americans and Soviets routinely attributed treachery to each other throughout the Cold War. The Israelis and Arabs have no end of adjectives to describe the deceitful character of the other side. Rather like calling your enemies “fags” and their women “whores,” attributing sly dishonesty and immorality to the enemy is standard fare in propaganda wars regardless of culture or century.

A nation of thieves does not, however, fit well with a society that even her enemies considered remarkably stable and orderly. How do you keep a society orderly, if the entire male population between the ages of 7 and 20 are actively encouraged to steal? More important, how do you keep an economy functioning at the high levels of efficiency needed to finance a brutal, 30 year war, if every farm, shop, house, workshop and warehouse must be locked and guarded against hoards of desperate, half-starved youth? There are thieves in every society, but high levels of theft are destructive to social stability and political credibility.

Admittedly, the theft of food alone might not be so disruptive as general theft, but the accounts usually cited, supplemented with details such as the absurd story of a youth caught stealing a fox (which is not on anyone’s menu), suggest that theft as such was encouraged. It is this picture of Spartan youth which dominates modern portrayals of Sparta.

To his credit, Anton Powell, in his article “Dining Groups, Marriage, Homosexuality,” in Michael Whitby’s Sparta, notes that “theft offended against two ideals of Spartan society: obedience and respect for elders.” (Sparta, p. 102). However, rather than questioning if Xenophon’s account is accurate or complete, Powell tries to argue that the military benefits of teaching youth stealth and deceit outweighed the disadvantages of corrupting their morals.

The problem with this argument is that such skills were conspicuously not necessary to the phalanx warfare at which Sparta was so good. Powell attempts to make a connection between guerrilla warfare and the custom of theft despite the fact that Thucydides states explicitly that prior to the Pylos campaign the Spartans had little experience of brigandage. Unable to square such a statement with his own image of Sparta, Powell hypothesizes a long history of (completely unrecorded!) helot revolts in which the Spartans learned guerrilla warfare – and so needed training in theft and stealth, but which Thucydides and Herodotus knew absolutely nothing about.

Admittedly, the kryptea was an organization in which the skills of deceit and theft would have been useful, but we are told that only selected Spartan youth ever served in it, not all of them. Furthermore, as Dr. Nic Fields so significantly pointed out, Sparta probably did not have that repulsive institution unit until after the helot revolt of 465. There is, in fact, no credible indication whatsoever that Sparta had to deal with helot revolts of any kind prior to 465 – unless one counts the Second Messenian War as a major “helot” uprising.

Rather than inventing unrecorded wars, I think it makes more sense to examine the presumption that Spartan youth were encouraged to steal. It is far more likely, as Nigel Kennel argues in The Gymnasium of Virtue, that if Spartan youth were encouraged to learn stealth and theft at all, it was only in a very limited and restricted context, or possibly only after the degeneration of Spartan society had set in in the mid-fifth century BC.